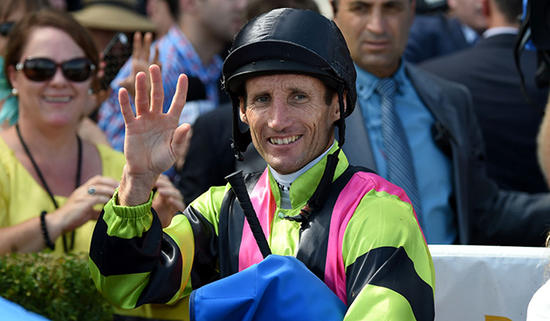 A potential Adelaide-Melbourne-Brisbane road trip could be on the cards if the smart three-year-old impresses at Flemington on Saturday and Oliver gives the green light to travel north.

While winning a feature is never a bad thing, it certainly created a bit of a headache for O’Connor.

After Magic Boy flew down the outside to land the Listed event earlier this month, it made it virtually impossible for him to stay in Adelaide given he would be weighted out of any race against his own age group.

That means he’s forced to leave the state and O’Connor felt Melbourne was the best option to start with.

“Winning the race was good, but in another sense it created a ‘where to now’ situation,” O’Connor said.

“It was great to win that but you get home on the Monday after you’ve celebrated and you think now what are you going to do with him?

“He’s a tough three-year-old gelding, so going to the paddock was never an option - especially a horse who can handle the sting out the ground like he does.

“Is he good enough for Queensland, the Guineas up there? The only way we’re going to find that out is to take him over to Melbourne for this race and get someone like ‘Ollie’ to have a ride on him and say ‘What do you think?’

“We’re going to be very much guided by Ollie’s report and whether he’s good enough for the Queensland carnival, I’m certainly not convinced, but there’s only one way we can find out.”

Magic Boy, and Oliver, definitely have the task ahead of them after being allocated the top-weight of 60kg in the $80,000 Henry Bolte Handicap (1600m), particularly against the likes of Duibio and San Amaro.

“I’m disappointed he got that sort of weight to tell you the truth, I was thinking maybe 58.5kg/59kg but 60kg - it’s going to take a hell of an effort to win that,” O’Connor said.

“But we wanted someone like Ollie to jump on him and give us a pretty thorough report about whether he thinks he’s good enough to consider Brisbane.

“If not, there’s nothing at home in his own age group we can run in so there’s a mile at Moonee Valley a fortnight later.”

Barrier nine doesn’t pose any concerns with Oliver likely to follow Magic Boy’s usual pattern and settle in the second half of the field.

“I think his best two wins have certainly been when he’s been saved for one late run,” O’Connor said.

“He’s shown he’s got quite a good finishing burst when he’s held up for it.

“But blokes like Oliver, you don’t give them too many instructions, he’ll find his way around.”

And Magic Boy might find his way to Brisbane if everything goes to plan.