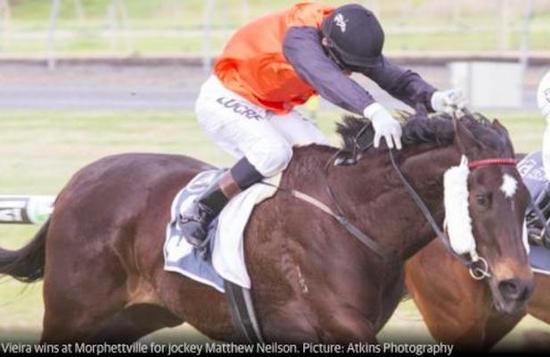 MORPHETVILLE trainer Jon O’Connor has an eye on next month’s Morphettville Guineas after the solid debut win of Dobell on Saturday.

Dobell, a three-year-old son of unfashionable sire Proart, was among the outsiders of the UBET Handicap (1400m) at $14, with Will Clarken’s El Desperado ($1.60) considered the best of good things.

But Dobell showed dramatic improvement from a moderate Murray Bridge trial placing late last month — and sent favourite punters reeling early in the day — as he slugged his way to a long-head win from the Jim Smith-trained Atlantica ($3.80).

El Desperado was under hard riding from Emily Finnegan to hold the lead from barrier two and compounded over the final stages to finish last, beaten 6½ lengths.

O’Connor said Dobell was immature but had shown consistent improvement on the training track.

“He’s by a West Australian sire that we don’t know a lot about but, judging by that, you’d think he might get further,” the trainer said.

“It was a bit of a suck-and-see situation today. On that, we could look at the Guineas in a months' time. He’s just kept improving since his trial.”